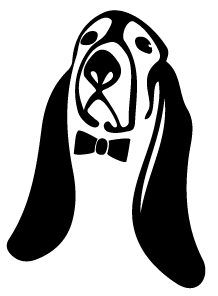 What to do when your previously trained puppy backslides

They used to be so sweet and small. You were their everything, nothing else was as great as you, but it had to end at some point. Now they’re ignoring you, being rude to your guests, picking fights, refusing to share, having whiny meltdowns, testing your patience, and all together just seeming to forget all the manners that you had worked so hard to instill.

Are they teenagers? Toddlers? Nope. Just your formerly well-behaved puppy awkwardly lumbering into the trying times of dog adolescence.

Adolescence can start as early as six months and stretch until two to three years, depending on the breed. During this time, dogs feel the intense urge to really explore the world and test their boundaries as their bodies and brains are growing at a rapid pace. Many owners despair when their precious puppy who had graduated top of his training class just months before is suddenly having issues with house training, leash training, jumping, chewing, barking and erratic behavior, becoming possessive, or overall aggression.

In fact, adolescence is such a universally frustrating time that it’s the most common age when dogs are surrendered.

So what do you do? First, don’t give up on them! As exhausting or infuriating as this behavior is, it’s completely normal. And while their development is going a mile a minute and they’re changing every day, this is when you need to truly stay the course.

Hopefully, you’ve given them basic training early, and even though they might act like your commands are suddenly spoken in a foreign language, just stay consistent with your routines. You may find that you need to reestablish yourself as their pack leader—most commonly you’ll see them vying for dominance during walks by charging ahead or tugging on the leash, if this is the case.

Socialize them during this time to burn off excessive energy and help them explore their environment in a healthy way. Bringing in training commands before allowing play will also remind them who is in control. And if they aren’t following leash etiquette, then keep them on leash until they do, otherwise you will find yourself chasing after a willful pup who has decided that he is in charge now.

If some of these issues become more problematic and dangerous than you can handle, look into problem behavior training, perhaps in a 1:1 setting.

Even during these trying times, love and praise are necessary, maybe even more so now to maintain a needed bond and keep your dog on the right path. This is a formative time in their lives and they need to know that you’ll be there when they come out on the other side. It may be easier to love a tiny cuddly puppy who worships you, but the payoff for persevering is ending up with a considerate, affectionate, well-behaved adult dog who truly respects you—and that’s utterly amazing.

Having teen troubles with your dog? Contact us and we’ll get your best friend back in your good graces.

This error message is only visible to WordPress admins

Please go to the Instagram Feed settings page to create a feed. 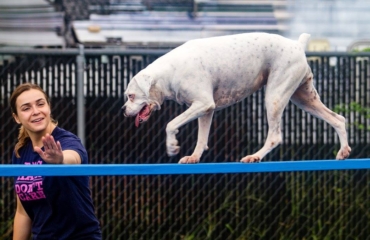 Why Every Dog Needs Training

Why Every Dog Needs Training Some people think of dog… 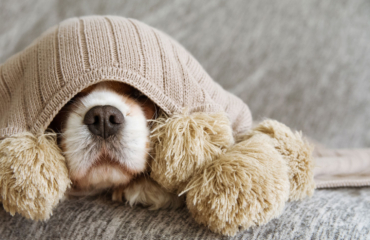 Does your dog need a sick day?

When to keep your dog home We all hate it… 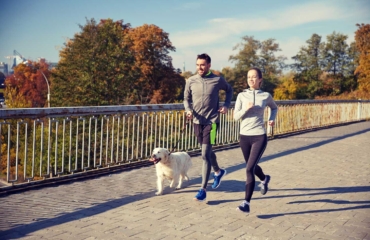 Ready for a Run?

Five Tips for Running Safely with Your Dog It’s no… 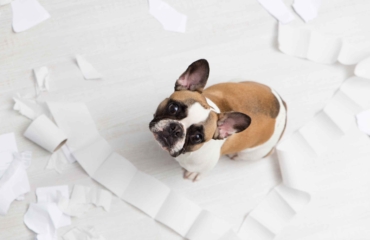 Separation Anxiety and Solutions for your Dog

Does your dog exhibit strange or destructive behaviors when you’re… 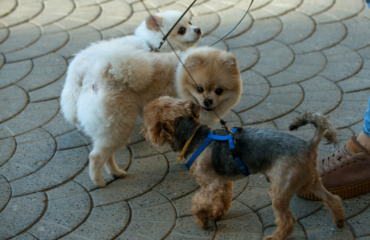 When people get a dog, they focus on the big…